BREXIT: DEAL OR NO DEAL? 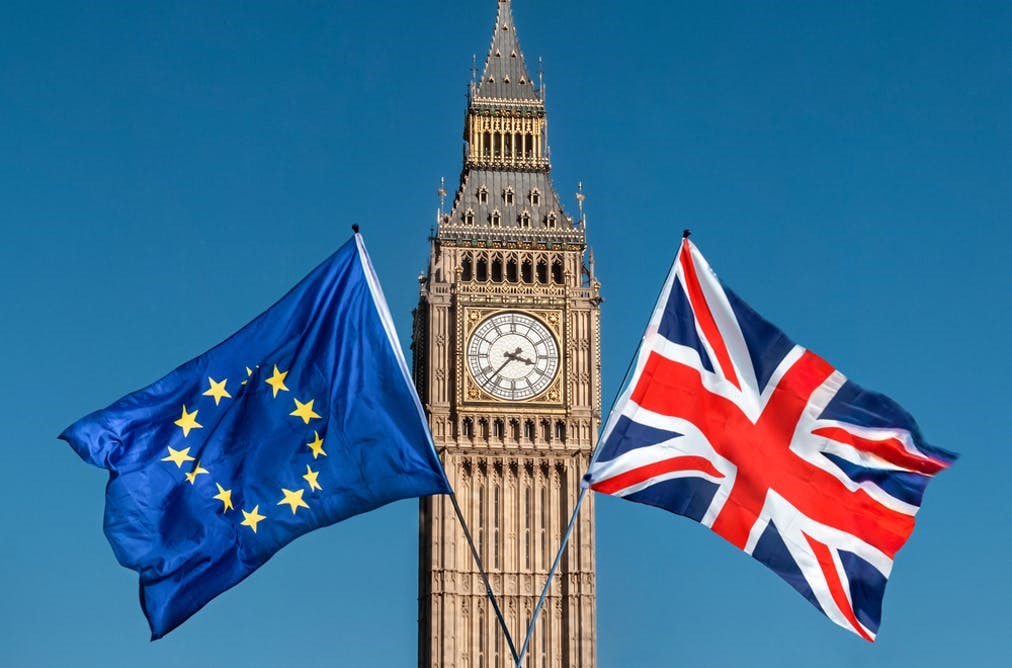 The "British exit from the European Union" is the ongoing withdrawal of the United Kingdom (UK) from the European Union (EU) following a referendum that was held on June 23, 2016. The vote was close with 52% of the population voting to leave and 48% voting to stay.
In order for the UK to leave the EU, the UK had to invoke Article 50 of the Lisbon Treaty which gives the two sides two years to agree the terms of the split. This process has been started by UK’s Prime Minister Theresa May on May 29, 2017, meaning that the UK is scheduled to leave EU at 11pm UK time on Friday, 29 March 2019. This time frame can be extended if both sides agree (extension can only be done once)

On November 25, 2018, after months of heated negotiations and debates, the UK and the EU have agreed on a “Withdrawal Agreement”- a legally-binding document that sets out the terms on which UK will exit from EU as well as on Political Declaration (not legally-binding). This outlines what the UK and EU relationship might be like after the BREXIT. It has been agreed that during the 21-month transition period, the UK will remain within the Customs Union and the rights of businesses and citizens will remain mainly untouched. Now it is up to a deeply divided UK Parliament to vote on the Agreement in mid-December, 2018 – the tensions are high and the approval currently is far from guaranteed.

So what happens if UK’s parliament does not approve the Withdrawal Agreement? Multiple scenarios are possible:

-No deal. That would mean there would be no transition period after March 29, 2019 and UK will leave by a so-called “Hard Brexit,” meaning the UK would leave the single market and customs union at the same time. This scenario is favored by some Brexiteers as it would give Britain full control over its borders and ability to conclude new trade deals.

-Extension of the Article 50 (the mechanism for the Leaving process), if the remaining 27 EU countries agree.

-Second referendum is another possible alternative. Some analysts believe that the geopolitical situation has changed since the initial referendum in 2016 as well as some complications and payoffs of Brexit have come to light. All of this might change how British citizens vote on leaving the EU;

-No Brexit at all? What previously seemed legally challenging has now been backed by the European Court of Justice, which has delivered a decision that the UK should be able to unilaterally revert the Brexit process. It should be able to do so without the consent of the remaining 27 member states. If the UK goes with this scenario, we might find ourselves in some very, very turbulent waters – if we are not there already.

So why is Brexit happening in the first place?

Brexiteers have claimed that leaving the European Union is crucial in order to protect the country’s identity – its culture, independence and place in the world. The critics of Brexit have argued that staying in the EU is “better for the British economy and that concerns about migration and other issues are not important enough to outweigh the economic consequences of leaving.”

What might be the consequences for EU as an organization?

According to analysts there is a vast amount of Europeans with growing discontent of the EU as a structure, specifically its bureaucracies and policies. Tensions between the EU members have increased even further over how to handle the largest refugee crisis since World War II, which is overwhelming the continent since 2015. Many experts share the opinion that the EU is in poor shape, it needs to gain more flexibility to rejuvenate itself, and regain efficiency. If Britain leaves the bloc, it might send nationalistic and anti-migrant messages that are already rising across Europe.

While the implications for the EU as a structure are yet unclear, the British vote has showed that we must address social and cultural divides within our societies more intensively before they overwhelm us.

What can the future UK-US trade relationship look like?

The groundwork for a future US-UK trade agreement have already been laid during unofficial joint working groups that have met several times. Although EU regulations prohibit UK from concluding trade agreements while it’s still part of the bloc, Britain can negotiate the future trade terms and conditions during the transition period.

In September 2018, CATO institute published a paper called “The Ideal U.S.-U.K. Free Trade Agreement: A Free Trader’s Perspective,” which is described as the ideal free trade agreement between the US and the UK. The agreement aims to reduce trade barriers and eliminate tariffs for nearly all goods in trade between Washington and London. However, sceptics have expressed concerns about whether the UK will be willing to open the market to imports of US products such as chlorine-washed chicken, and the NHS to American health firms.

Future US-UK trade conditions would largely depend on what terms and when the UK will leave European Union.One thing is for sure – Britain is an important trade partner to the United Sates and both US and UK businesses are advised to start considering the terms of a free-trade agreement that would best serve their interests.

Allyn International Services will continue to monitor new developments in the Brexit aftermath and keep you updated of any changes that could affect your business.